According to the Alzheimer’s Association, more than five million Americans and more than 50 million people worldwide suffer from Alzheimer’s Disease (AD) or other forms of dementia. This debilitating, degenerative neurologic disorder affects not only the individuals who suffer from it, but also the millions of families and caregivers. Recently, two new studies show promise in detection and diagnosis of AD, as well as interesting findings of preventative qualities from two common vaccines.

For many years, a firm diagnosis of Alzheimer’s Disease has relied on detecting amyloid and tau accumulations in the brain – generally not detectable until long after symptoms have started and damage is done. Many therapies have thus focused on slowing, stopping or reversing the cellular damage, but without much success. Some researchers speculate that administering therapies earlier in the disease could have more positive effects, and so much research has been supported to develop a test that would detect Alzheimer’s long before symptoms appear.

Currently, doctors are limited to a number of tests to help them come to a conclusion of Alzheimer’s disease. These include a neurological and physical exam, blood tests (to rule out other causes of dementia), MRI or CT scans of the brain (to rule out other causes of dementia), and PET scans to show abnormalities consistent with Alzheimer’s. Alzheimer’s can only be diagnosed with complete certainty after death via autopsy, with microscopic examination of the brain to see if the tissue shows plaques and tangles.

However, recent research published in the Journal of the American Medical Association (JAMA, August 2020) reports on a newly developed blood test that is able to accurately determine whether people with dementia had Alzheimer’s or another disease/condition. It also showed signs of the disease (in those who were genetically predisposed due to a known mutation) 20 year prior to onset of symptoms. The researchers speculate that it could potentially predict Alzheimer’s – even in patients with no symptoms. The new test, which could be available in two to three years, is a game-changer for diagnosing AD with certainty, allowing clinicians to begin proper treatment and earlier treatment to potentially stop or reverse (or perhaps even prevent) damage caused by the disease.

As if the possibility of a double pandemic was not enough to convince you to get your annual flu shot this year, perhaps this news will: New research presented at this year’s annual Alzheimer’s Association International Conference (July 2020) shows that the influenza vaccine and the pneumonia vaccine both are linked to lower rates of AD. The two studies, conducted independently, showed that patients who received at least one flu shot in their life time, or received a pneumonia vaccine with or without the flu shot, were less likely to be diagnosed with AD later in life.

In the single flu shot study, researchers discovered that patients who received at least one flu shot after the age of 60 were 17% less likely to be diagnosed with AD. If the received additional flu shots after turning 60, their risk was reduced an additional 13%. The researcher noted that the sooner after 60 the patients received the flu shot, the stronger the benefit. In the pneumonia vaccine study, researchers discovered that patient who received the pneumococcal vaccine between the ages of 65 and 75 reduced their risk of an AD diagnosis by 25 – 35%.

Authors of both studies speculate that prevention of flu or pneumonia means less “wear and tear” on the brain, and that the vaccines could be providing much broader scale protection than just the flu or pneumonia. At a time when we’re all trying to stay healthy, this research provides one more reason why your vaccines are so important. 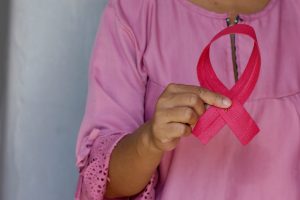 How to Assess your Breast Cancer Risk featuring Dr. Lisa Larkin in Partnership with Lisa Health 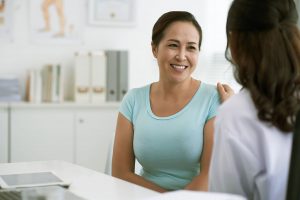 In observance of September as Sexual Health Awareness Month, we want to address an unmet concern for many midlife and older women that can greatly affect their sexual health and well-being: Genitourinary Syndrome of Menopause (GSM.) 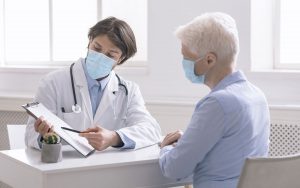 Women have complex healthcare needs, and unfortunately, many clinicians have not received proper, specialized training for diagnosing and treating many women-specific conditions. One of those conditions – Polycystic Ovary Syndrome, or PCOS – can sometimes take years to diagnose.